The New Testament has its roots in the Jewish laws and prophecies of the Old Testament. Therefore, it is very appropriate that the Gospel of Matthew comes first among the Gospels: it was written to portray Jesus as the promised Messiah. Jesus is referred to as the “Son of David” nine times in this Gospel (Matthew 1:1; 9:27; 12:23; 15:22; 20:30-31; 21:9, 15; and 22:42). Since Matthew was writing to the Jews who were in great expectation for the kingdom promised in the Old Testament to appear (Daniel 7:22 and Acts 2:16-18), he used the word “kingdom” more than fifty times. Also, the phrase “kingdom of heaven” is used thirty-three times and is not found anywhere else in the New Testament. The genealogy listed in Matthew 1 shows Jesus as the Son of David, which would have to be made clear for any knowledgeable Jew to accept Jesus as the Christ.

a. Internal evidence: There is no internal evidence to suggest Matthew was the author. The call of Matthew and his subsequent banquet for Jesus are recorded in Matthew 9:9-10, but there is nothing in the account to suggest that Matthew did or did not write it. However, it is clear as one studies this Gospel that the author was writing from a Jewish perspective.

b. External evidence: There is such an abundance of external evidence to prove that Matthew was the author of this Gospel that it cannot be ignored. There is no biblical reference to Matthew being martyred, and the extra-biblical references that we have about him say he ministered in Judaea for fifteen years (might be supported by Acts 1:26, 15:2; with Galatians 2:1-2), then in Ethiopia and other lands. Whatever the case, we have no reason to believe that Matthew was not still alive toward the end of the first century. Certainly, his family, or converts, lived well into the second century where we have abundant references to Matthew as the author of the first Gospel. If the commonly accepted view among the early church of Matthew’s authorship had not been true, it would no doubt have been challenged by those who were closely associated with the apostle. However, no record of any such challenge exists, only references to Matthew as the author.

Based on seemingly universal belief among the early church of Matthew’s authorship and no biblical evidence to the contrary, it can be supposed that Matthew was indeed the author. It is certainly permissible to refer to this writing as Matthew’s Gospel for the purpose of distinguishing it from other Gospel accounts.

I have made a deliberate attempt to show that the evidence for this decision is based on evidence not found in the inspired Word of God, and this conclusion should be received with that in mind.

a. Internal evidence: Again, there is no internal evidence in this Gospel to establish the date it was written. Many have thought that the prophecies in Matthew 24 show that this Gospel was written before A.D. 70, when Jerusalem and the temple were destroyed by the Romans. Their reasoning is that if the destruction of Jerusalem had already taken place, it would be reflected in the writer’s account. However, the Gospel writers wrote with a noticeable detachment that refrained from interpretation or application. Therefore, it is not certain from Matthew’s rendering of Jesus’ prophecy in Matthew 24:1-2 that this account was written before the destruction of the temple in A.D. 70.

b. External evidence: The facts we have access to outside the Bible do not conclusively establish the date of writing either. The date this Gospel was written has been traditionally accepted as being A.D. 37. However, Irenaeus, who wrote in approximately A.D. 180, says that Matthew wrote his Gospel when Peter and Paul were preaching in Rome. That would date this Gospel around A.D. 61.

There also exists a book called “The Epistle of Barnabas” that Bishop Lightfoot has placed as being written during the reign of Vespasian (A.D. 70-79), given statements made within the epistle. In this epistle, the writer quoted from Matthew 22:14 and introduced the quote by the phrase “as it is written,” which was and is the customary way of referring to Scripture. This would date Matthew’s Gospel before this “Epistle of Barnabas” and would place a limit on that date of no later than A.D. 70.

It is important to note that the authenticity of Irenaeus’ statement and the whole “Epistle of Barnabas” have been questioned by many scholars, so that there is no consensus of opinion on them. The time at which Matthew wrote this Gospel can only be placed between A.D. 37 and the end of the first century.

Matthew was a publican, or tax collector, for the Roman government (Matthew 9:9, Mark 2:14, and Luke 5:27), which was a position despised by Jews (Matthew 9:10-11). Matthew was also a Jew, and that made his affinity with the Romans a traitorous act in the eyes of the Jews.

We can suppose that Matthew was “well off” financially, as were all publicans (usually by dishonesty), and as Luke 5:29 would suggest.

There is not recorded for us even one word that Matthew spoke. As with most of the twelve apostles, Matthew personally missed many of the actions of Jesus that he reported in his Gospel [e.g., Jesus raising Jairus’ daughter from the dead (Mark 5:37-43), and Jesus being transfigured (Matthew 17:1-2), etc.].

It can be guessed that Matthew, being one of the twelve apostles, stayed in Jerusalem (Acts 8:1) for at least fourteen years (Acts 15:2 with Galatians 2:1-2) and was a part of the governing head over the church at Jerusalem (Acts 15:2). 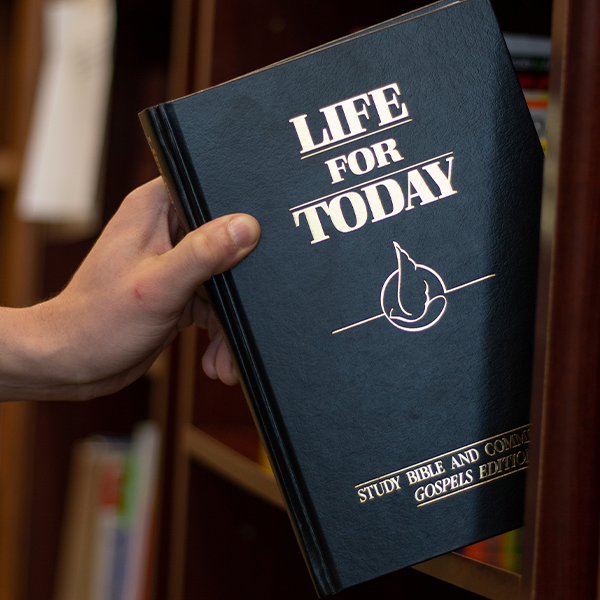