Andrew was born again at just eight years old. Although he avoided the rebellious phase often associated with adolescence, he believed that through his own righteousness, he could develop a relationship with the Lord. But then, on March 23, 1968, everything changed. Andrew realized that he had fallen into the bondage of legalism and self-righteousness, much like the Pharisees whom Jesus rebuked. Expecting the wrath of God to fall on him, Andrew was surprised to feel God’s presence flood him with love instead. “God’s love consumed me,” he says. “When I was at my worst, God’s love was the strongest.” This encounter forever changed the way he saw God and put Andrew on a path to change the way others saw Him. However, shortly after, he was drafted into the Army and shipped to Vietnam. Despite how difficult and dangerous things were on the front lines, God used that time to ground Andrew in His Word, and he returned to America stronger in his walk than ever.

Andrew submitted to the call of God to be a teacher of the Word. He and Jamie were married in 1972, and together they began teaching Bible studies. Over the next six years, they would pastor three small churches and complete their family with two sons, Joshua and Jonathan Peter. 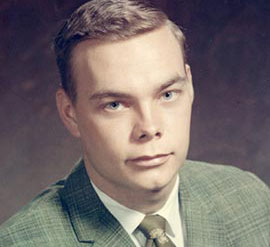 Andrew’s high school graduation picture from 1967. Andrew believed that by his own righteousness and good works, he could develop his relationship with the Lord.

In 1976, Andrew broadcast his first Gospel Truth radio program on a little country-and-western station in Childress, Texas. By 1980, Andrew and Jamie had moved their ministry to the Colorado Springs area. Their vision had become even clearer: to teach the truth of the Gospel to the body of Christ throughout the United States and the world, with special emphasis on God’s unconditional love and the balance between grace and faith. They were fulfilling that vision by traveling to speaking engagements, producing radio broadcasts, and distributing audio cassette tapes, which were provided at no cost to those who could not afford them. But God had much more in store for their ministry.

When my wife and I first started out in ministry,

we were so poor we couldn't even pay attention! - Andrew Wommack

In the early nineties, the Lord spoke to Andrew about starting a Bible college. He had put on his heart 2 Timothy 2:2, where Paul told Timothy to take the things he had learned and commit them to faithful men and women. Andrew believed that academics alone couldn’t get the job done, and he was divinely shown that practical “on-the-job” training combined with Bible instruction would prepare his students for whatever God was calling them to do. After assembling a faculty of seasoned ministers and associates, Charis Bible College opened its doors in September 1994. Through Charis graduates, the ministry started seeing multiplied many times over the impact Andrew had been making on his own.

Before the turn of the century, Andrew was still teaching on radio, but God led him to launch into television, telling him, “You’re just now starting your ministry.” Andrew would come to fully understand what the Lord meant, years later, as his television ministry has a potential reach of 3.2 billion people around the world today, far surpassing any goal he’d had up until that point.

After going on television, the ministry saw an exponential increase in response. It became very apparent that Andrew needed a new building to accommodate a growing student body as well as an adequate call center and television studio. Then the Lord spoke to Andrew from Psalm 78:41 on January 31, 2002, that he had limited Him by his small thinking. Andrew repented of this and started enlarging his vision. In December of that same year, the ministry purchased a 110,000-square-foot facility that would support AWM and Charis for years.

As the ministry continued to grow, so did the need for a new home for AWM and, particularly, Charis. In 2009, the supply came in the form of a 157-acre pristine piece of property in Woodland Park, Colorado. This time, Andrew would get to design and build the needed facilities on the ministry’s own land! After purchasing the property, which is called The Sanctuary today, construction began on the facility for Charis. The faculty, staff, and students moved into that facility, The Barn, in January 2014.

Charis shared use of The Barn with AWM for a variety of functions and events, but with the two branches of the ministry being headquartered in two different cities, there were collaborative challenges. In 2017, AWM’s Woodland Park home came to the ministry as a 60,000-square-foot building on the property adjacent to The Sanctuary. Once acquired, renovations began on it immediately.

While the ministry continued to develop strong roots in Woodland Park, it did not cease to reach out and bear much fruit. Today it is easier than ever to engage with AWM and Charis through multiple websites, television networks, events, and social media platforms.

In September of 2018, during Andrew’s fiftieth year in ministry, The Auditorium—the second facility built on The Sanctuary property—opened its doors. The Auditorium houses Charis’s administration and hosts many of AWM’s and Charis’s Colorado events. One month later, AWM moved into its newly renovated facility in order to be headquartered in Woodland Park with Charis, maximizing the effectiveness of both.

Today the ministry is progressing like never before, continuing to fulfill the vision God gave Andrew of going as far and as deep with the Gospel as possible. 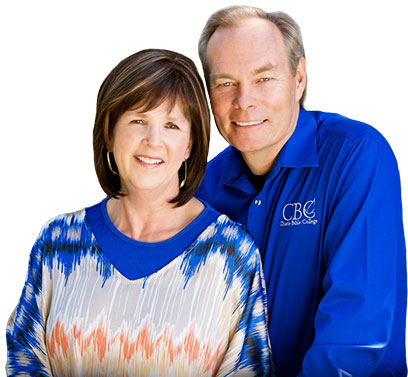