Andrew and Jamie Wommack are delighted to partner with Robert and Elizabeth Muren, internationally recognized producers, in bringing the Bible to life on stage.

Our theater productions attract visitors from all over the world each year and have gained a reputation for excellence throughout all aspects of theater, including: 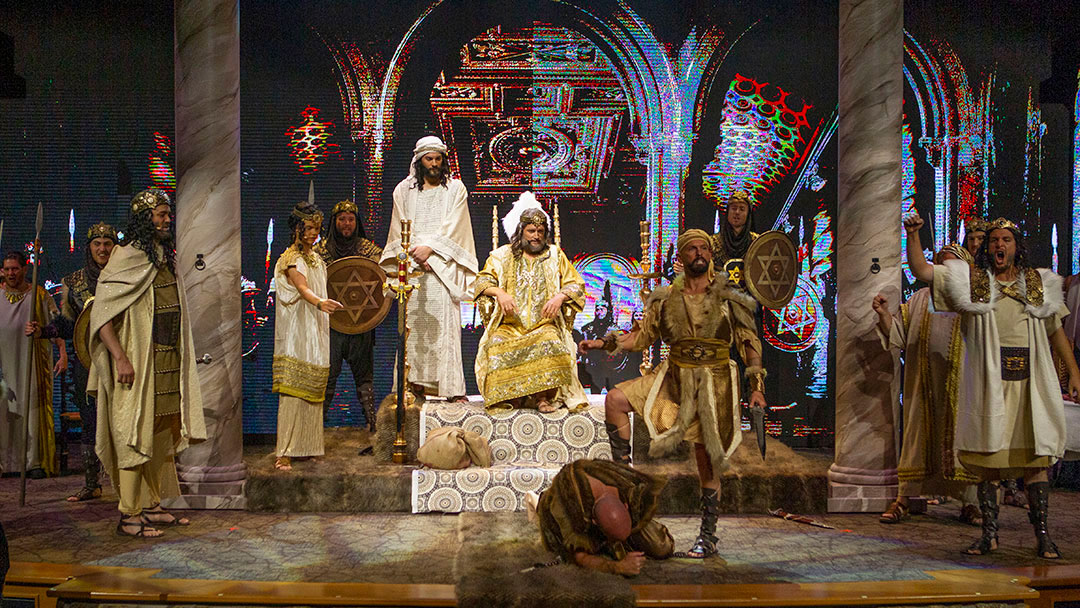 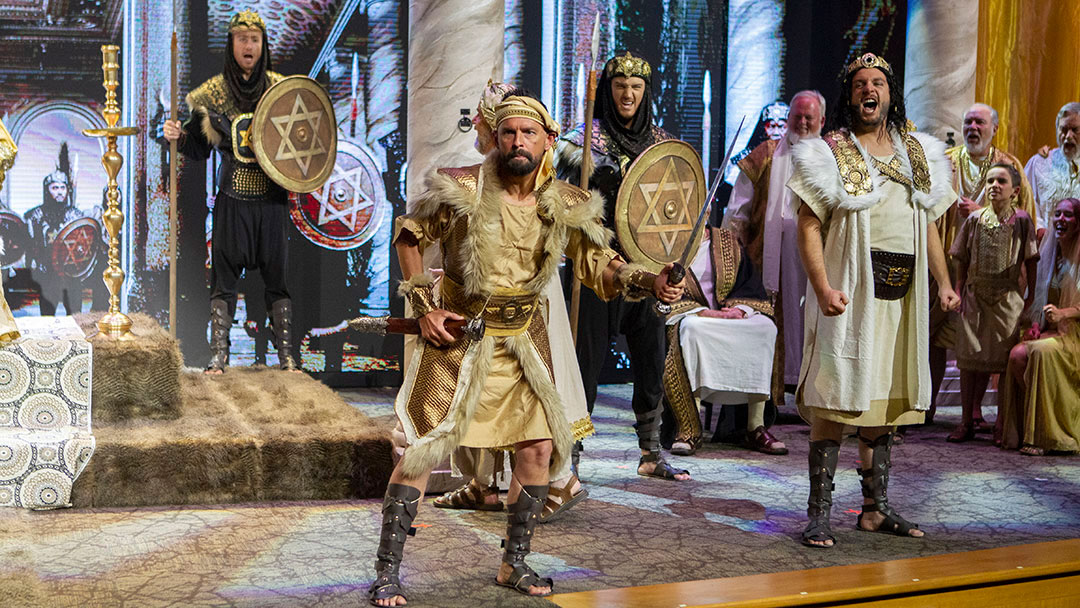 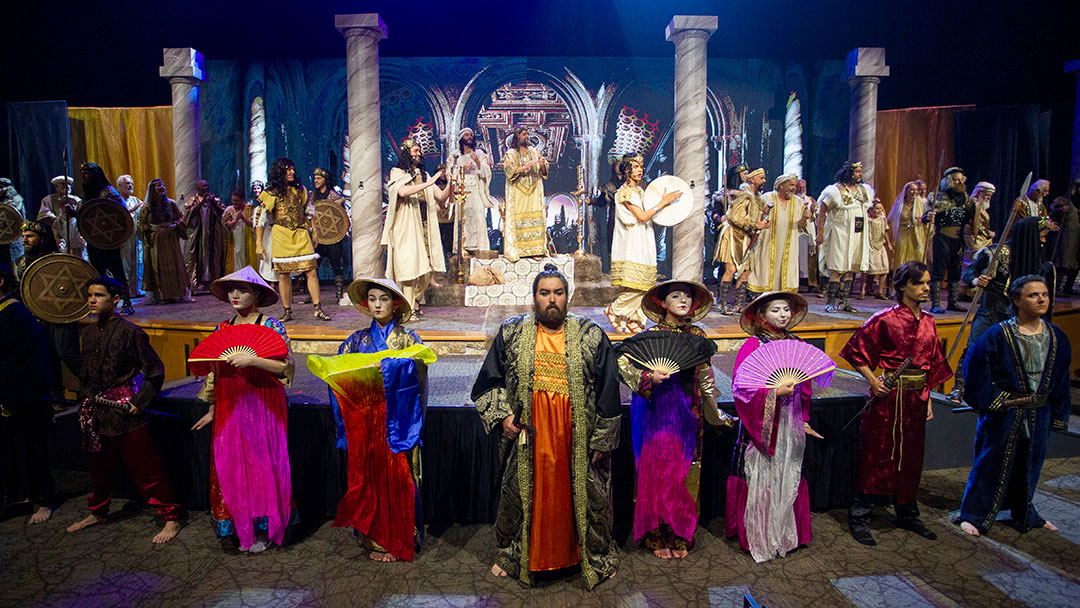 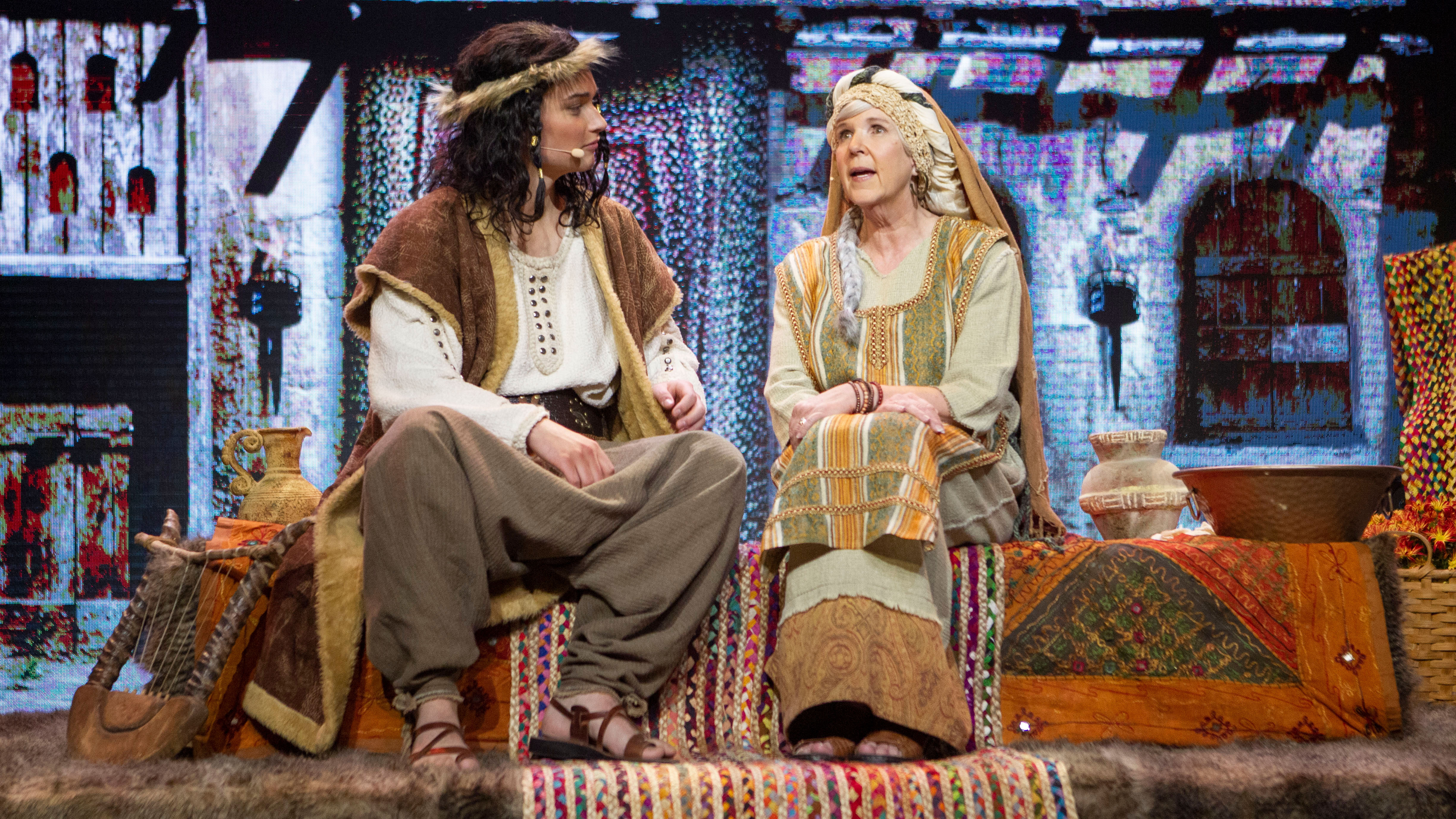 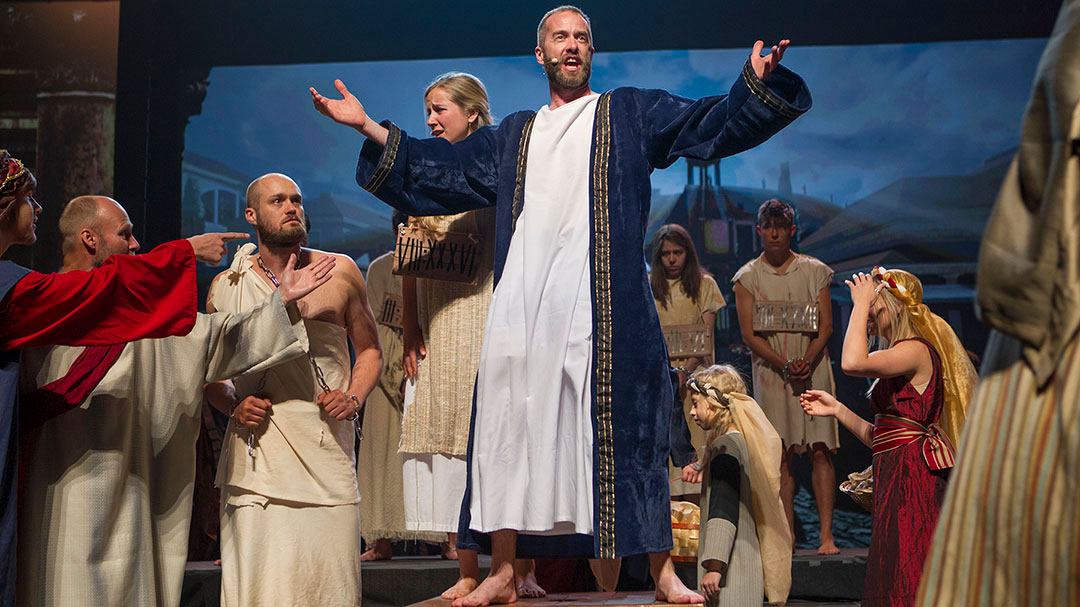 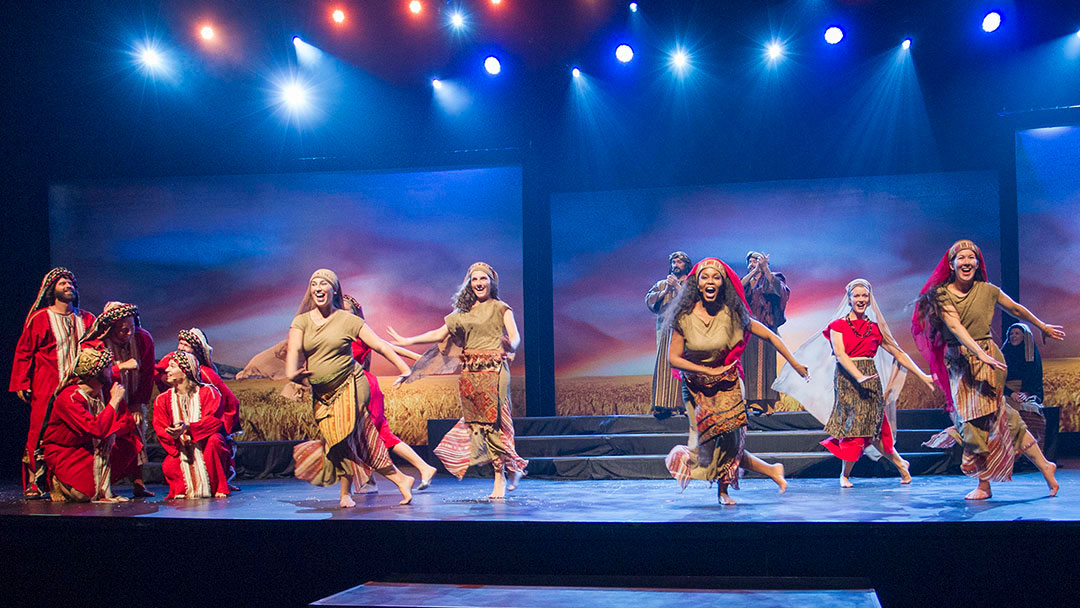 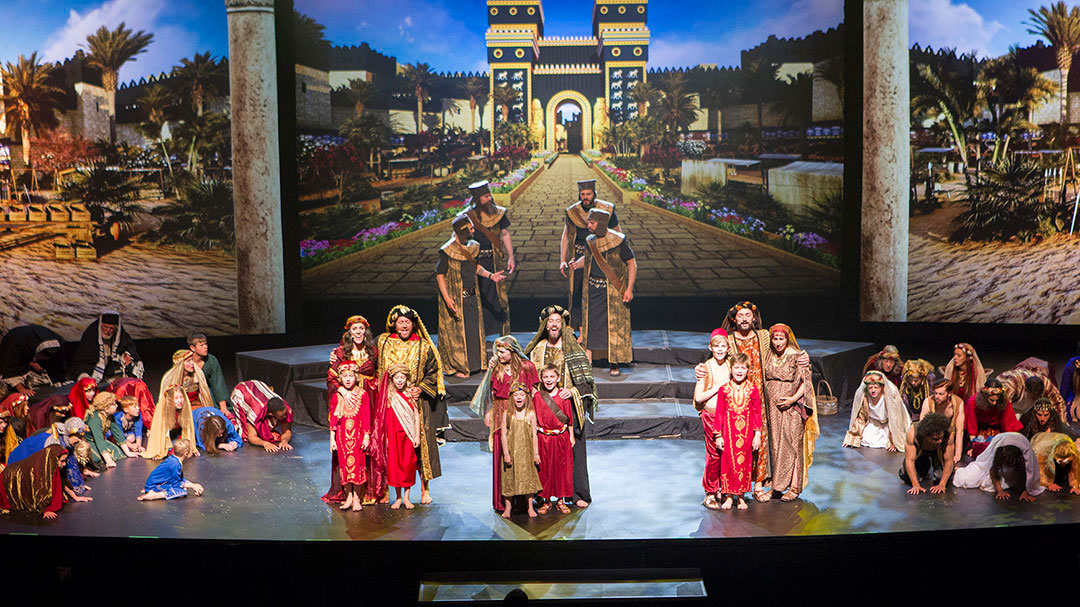 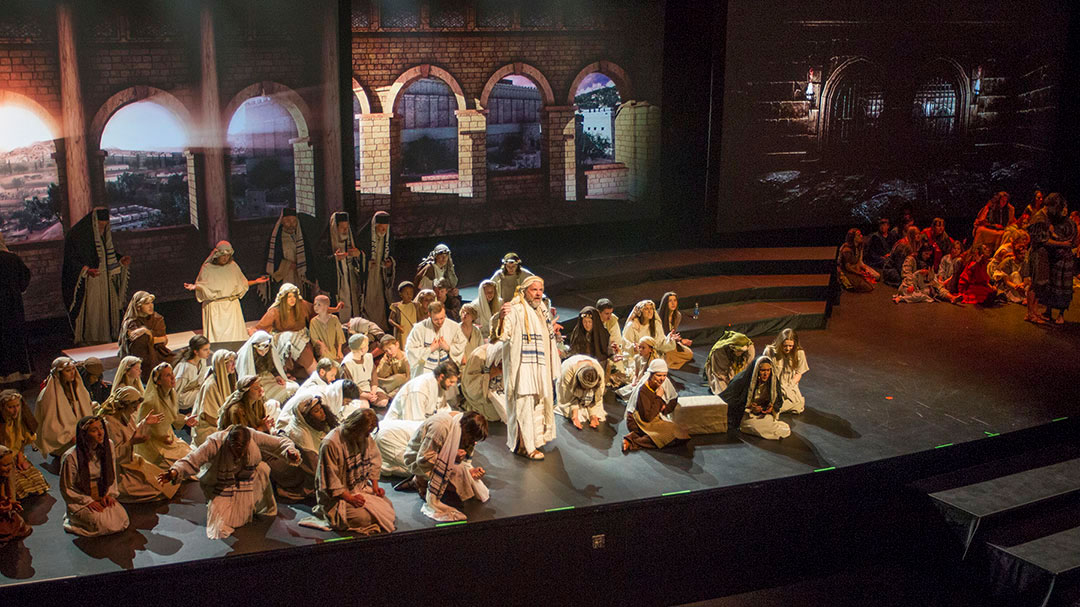 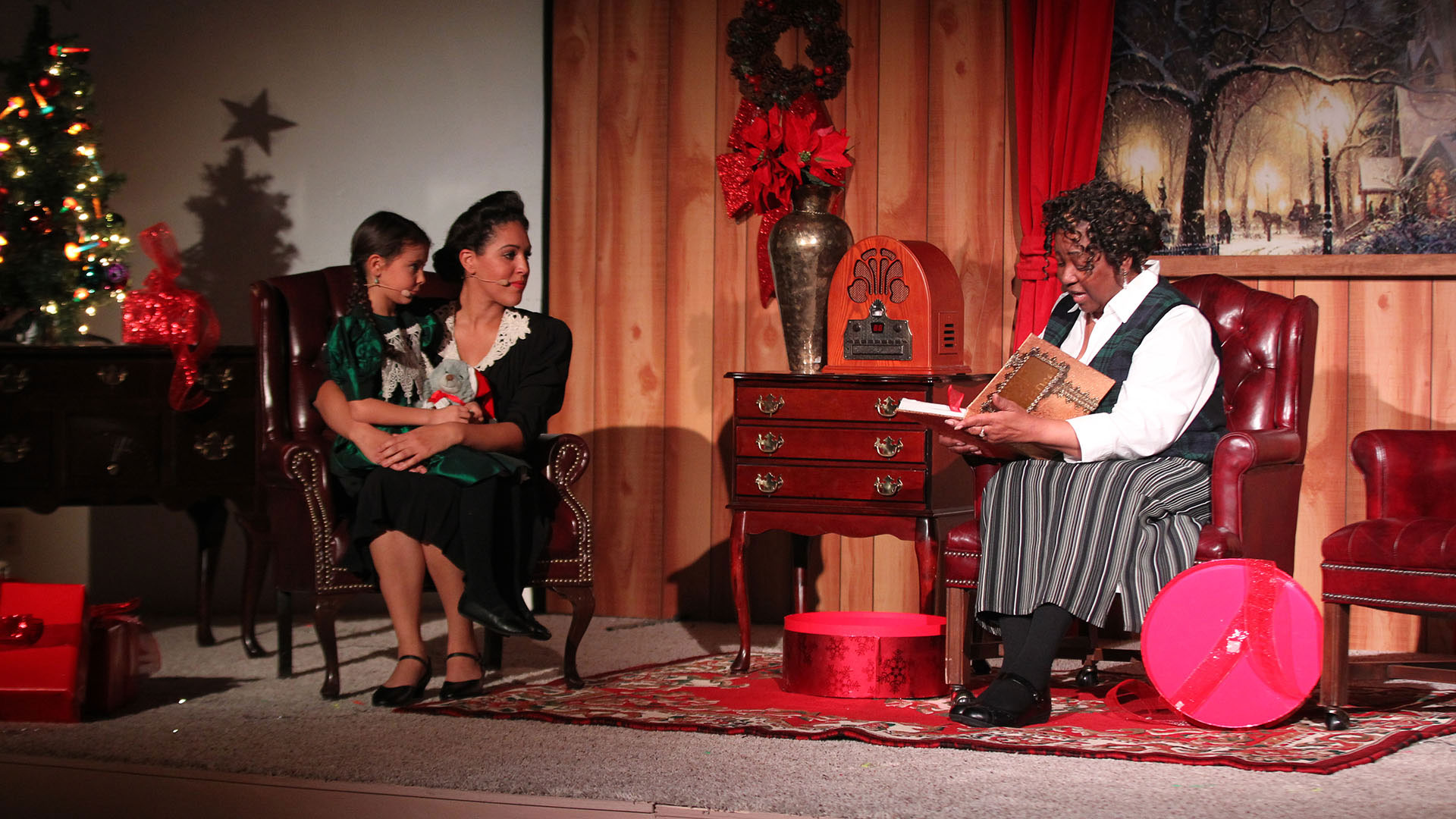 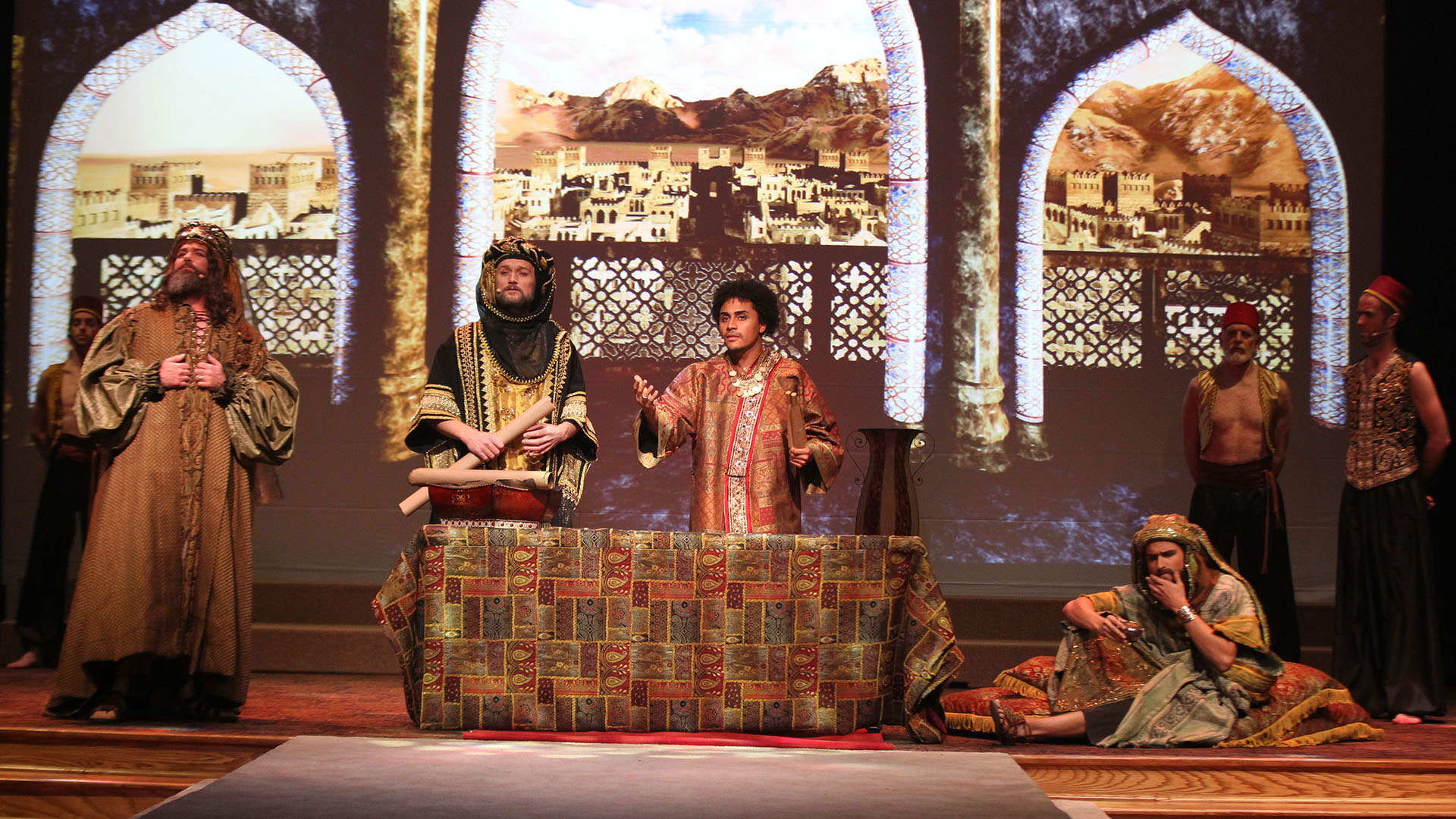 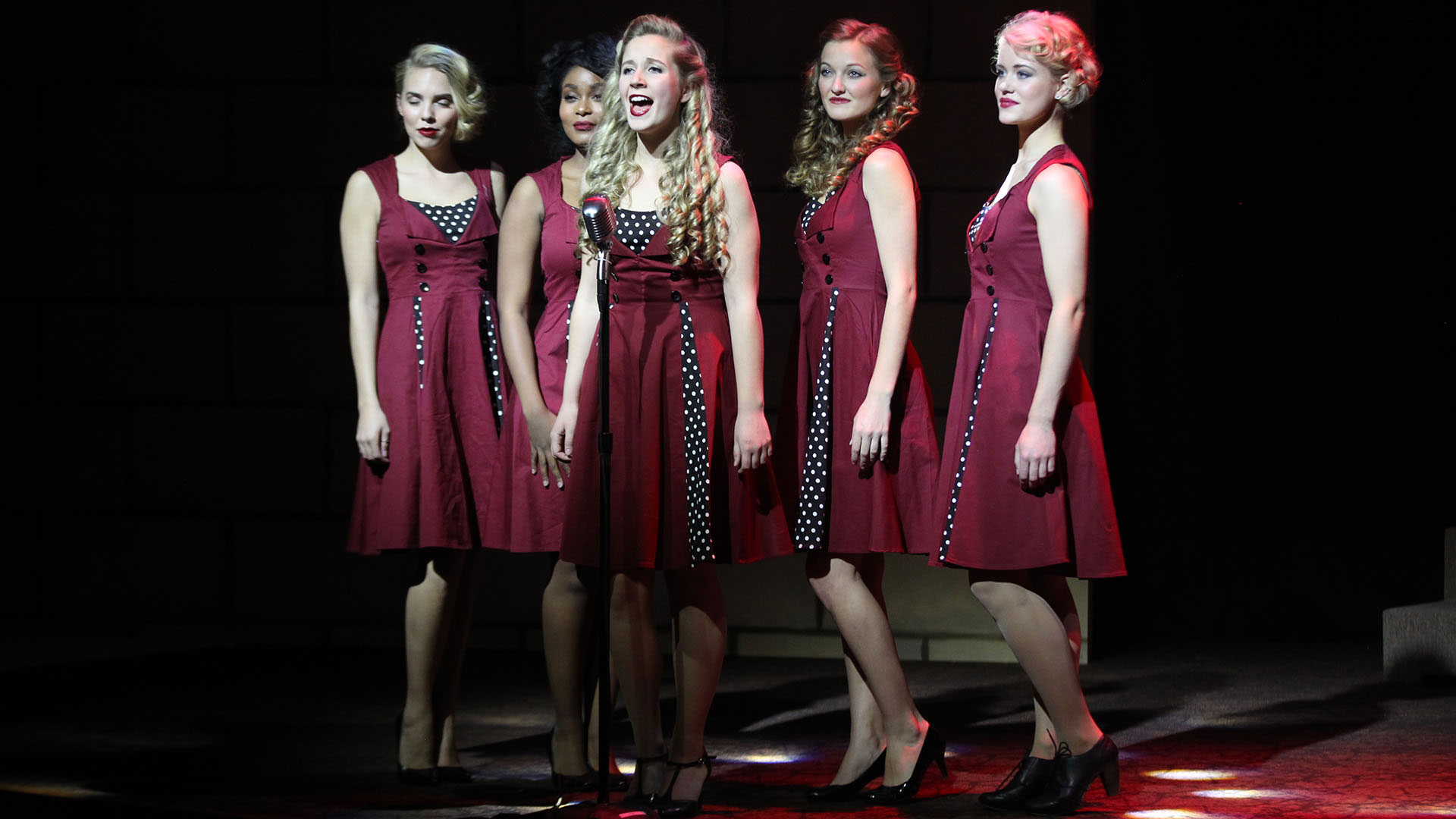 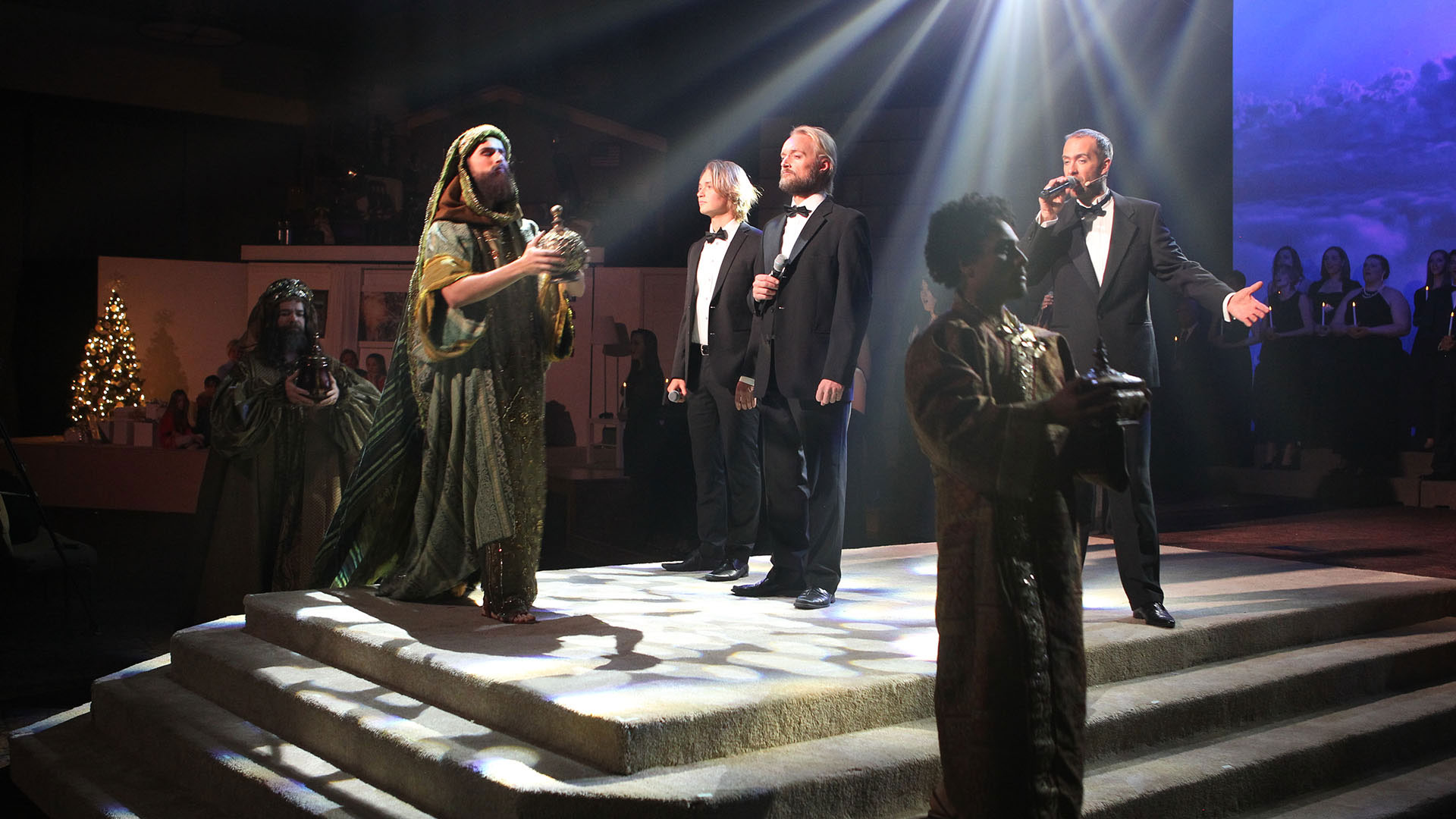 Select thumbnail below to view image

Internationally recognized producers Elizabeth and Robert Muren bring back to the stage their original musical, God With Us, and this year’s production will be the best yet!

The story is told by the aging Apostle Peter as he arrives in Rome in 64 AD. Christians are being persecuted for their faith, and many, including Peter, are thrown in jail, at risk of execution. To keep their hopes up and to build their faith, Peter encourages his fellow Christians with stories from the Scriptures, as well as from his own walk with the master, Jesus. The Empire of Rome and the kingdom of God collide as the prisoners’ faith is tested.

Beautiful melodies, lavish costuming, and filmed scenery will immerse you in biblical times. An intricate cinematic effect is created through a combination of theatrical stage performance and an interactive LED backdrop, taking you back to the last moments of these Roman Christians through a powerful, enveloping journey. This unique biblical musical will transport you back in time and give a new perspective on God that will strengthen your faith.

Make plans to attend God With Us and go on a journey with God. It’s an adventure you won’t want to miss! For tickets and more information, visit GodWithUsMusical.com.

Watch previous performances from the comfort of your home!

Previous performances have been filmed and edited specifically for at-home audiences. Whether you want to enjoy the stories for yourself or give them as gifts to loved ones, access the powerful experiences of our theater productions by purchasing the DVDs.

The Heart of Christmas musical takes you on an adventure through time like never before.

You will follow the story of Ruth, a young girl who escapes World War II in Europe and is adopted into a family in America. For the first time she learns about Christmas, as her new grandmother reads to her The Servant King, a story that has been passed down through generations in their family.
In The Servant King, Zargon, a prince of Persia, discovers a sign in the heavens that the King of the universe has just been born. This story reveals what might have happened when Zargon, the “fourth wise man,” encountered Jesus.

As Zargon’s touching story unfolds, you will experience the seasons of Ruth’s life and faith, from war-torn Europe to present-day America.

God with Us, a musical written and directed by Robert and Elizabeth Muren, is the story of a passionate God in relentless pursuit of His people.

In the story, you will join the Apostle Peter and the early Christian church as they face persecution and persevere, encouraged by their remembrances of climactic moments in the history of the Jewish people.

These moments weave together an unforgettable journey through the Bible. God with Us is an original production that blends stage and film to create a unique experience that is both visually striking and musically captivating. The story shares a powerful message that you will want to share with your family and friends.

David: The King of Jerusalem is an original musical drama created by Robert and Elizabeth Muren. Through this story, you will travel back in time to the pivotal moments in history that paved the way for one of Israel’s greatest heroes. Combining stage performance with a cinematic LED backdrop, the production features captivating music with lyrics from the Psalms.

The story follows the life of David from his lonely moments as a shepherd boy, always overlooked by his father and older brothers, to his triumphant rise as the king of Israel. Throughout the story, you will witness David’s intimate relationship with God and how he came to be known as a man after God’s own heart. This production brings you the ultimate grace experience.