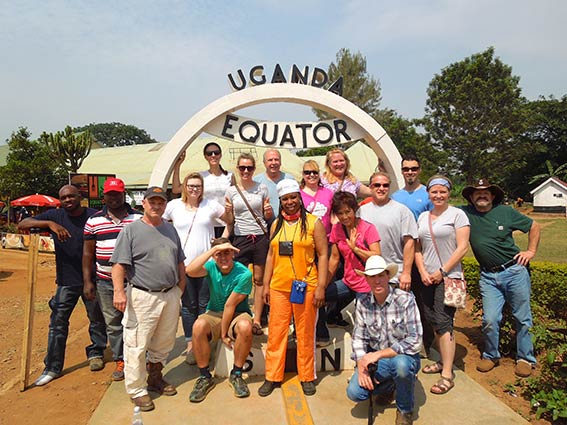 Moses watched his passengers demonstrate God’s love in a manner foreign to his Muslim faith. As the designated bus driver for a team of second-year Charis Bible College students, he escorted the group across Uganda, where they witnessed healings, deliverances, signs, and wonders. Unknown to Moses at the time, he was being used by God to help carry out His plans—plans so big that the missions team had been getting glimpses from the Lord of things to come for weeks before their arrival.

“During praise and worship one morning, the Lord gave me a vision,” Charis student Rebecca Fenske began. “I saw a man with cloudy eyes being healed by my hands. Two weeks later, we were in rural Kayonza Rakai, Uganda.”

Revival broke out in Kayonza Rakai as Charis students saw the Lord’s healing power manifest for several of the locals who had “incurable” diseases. “The need was overwhelming,” Rebecca continued. “Hundreds of people were lining up from surrounding villages and hillsides. The people were set free of demons, pains, parasitic infestations, malaria, fevers, digestive problems, infections, female problems, and STDs. Legs grew, ears opened, and blind eyes began to see.”

Several instances of legs being lengthened came by student Jimmy Davidson. “I noticed a young boy who was about four years old, hunched over and walking with an incredible limp,” explained Jimmy. “With his mother’s permission, I sat him down and examined his legs. His right leg was several inches shorter than his left.”

Confident in his identity in Christ, Jimmy encouraged the boy’s mother to watch as he commanded the leg to grow out and line up with God’s Word. “His leg grew out right while I was holding it,” continued Jimmy. “The boy’s mother began to cry profusely. We walked around the room in celebration as the interpreter explained how much Jesus loved them.”

Miracles and healings continued for hours, when suddenly a middle-aged man caught Rebecca’s attention. “The Lord reminded me of the vision I had seen before the trip,” shared Rebecca. “I asked the Lord, ‘Is this the one?’ Then I heard our interpreter, Godfrey, explain to us that this man’s eyes were cloudy and that he couldn’t see very well anymore.”

Rebecca enthusiastically prayed for him. “He opened his eyes and they were clear! With a big smile, he said softly, ‘I can see.’ We hugged as we all began to praise the Lord with such joy.” This man was not the only one to receive sight as a result of the team’s obedience.

As the team spent time with Moses and included him whenever possible, he began to feel comfortable enough to ask questions. After a talk one day with student Selina Williams, he gladly received some tracts.

“During the youth conference, when the altar call was given, Moses was one of the first ones to respond to give his life to Christ,” Selina recalled. “When Moses showed up the next morning, he informed the team that he had led his wife to salvation when he got home.”